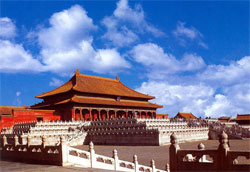 The Forbidden City in Beijing is said to be the best preserved imperial palace complex in the world. The home of 24 emperors during Ming and Qing dynasties (1368 to 1912), The Forbidden City was listed as the World’s Cultural Heritage by UNESCO in 1987.

The Forbidden City is a “must see” site in Beijing with the maximum visiting numbers of visitors being up to 80,000 people per day.

The history of Forbidden City has been traced back to 1406, after Ming Emperor Zhuli seized the throne and decided to move the capital city to Beijing from Nanjing. The Emperor ordered his Beijing Palace built in style of the Palace in Nanjing. The palace had a 14 years construction period and was completed in 1420, the year of Yongle. 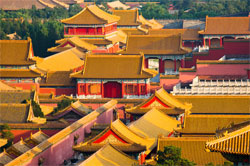 According to the theory of ancient Chinese astrology, the location of the palace is in transit, regarded as the Celestial Emperor, corresponding to heaven. There is an axis that runs through the Forbidden City and this represents the royal supremacy. The three main halls, the imperial harems and the imperial garden are all situated on this central axis.

Rooms on both sides of the axis are symmetric distribution of many palaces do not lack magnificence. These rooms can be divided into two parts - the outer court and inner court.

The outer court consists of Hall of Supreme Harmony, Hall of Central Harmony and Hall of Preserve as the three main halls, Wenhua Hall and Wuying Hall are the two wings.

At the four corners of the Forbidden City lay delicate and exquisite turrets which were for observation and defense. The Forbidden City is built in a square shape, and the inner city is surrounded by 10 m high, 3400 m long wall. Outside the wall is a 52 meters wide moat.

Some of the rooms and halls in the Forbidden City have been set up as history museums, painting museums, pottery museums, bronze museum, art museum of the Ming and Qing Dynasties, the four treasures museum, watch museum and the Qing court judgments exhibition.

These museums contain a huge display a large collection of ancient art works. A total of 1,052,653 pieces are preserved in the Forbidden City, accounting for one sixth of the total number of the Chinese cultural relics. The Forbidden City is the largest history museum cultural relics in China. Many of these relics are unique and a priceless national treasure.

How to Visit The Forbidden City 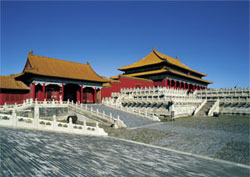 Recommended Beijing Tours including a visit of Forbidden City

The Forbidden City is the largest surviving palace complex in the world. Its ancient palatial structure has been influential in the subsequent development of Chinese architecture, as well as providing inspiration for many modern constructions. The Forbidden City is one of the must-see attractions in Beijing. 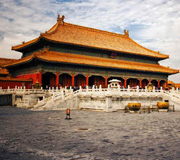 Pictures of the Forbidden City 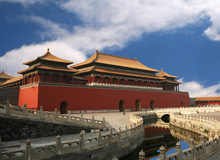 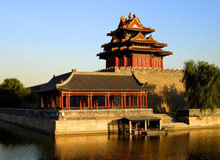 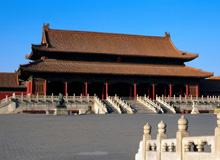 More pictures of the Forbidden City